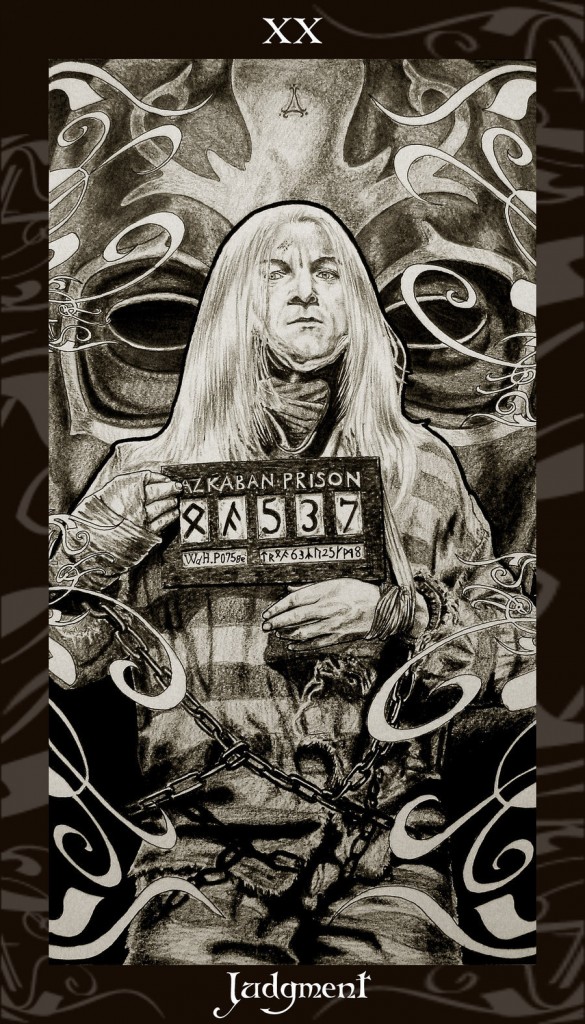 Karma, actions and reactions, retribution, being judged by one’s deeds, restoring balance, remorse, being confronted by the outcome of one’s words and deeds

Judgment usually means that you’re being called on your actions and behavior. If you can live with yourself and what you did, the card is nothing to fear. Perhaps it means you have a chance to justify yourself before others, or that there is a decision point in the future where you have to exercise good judgment. On the other hand, if you have behaved in ways that are contrary to who you are, or if you have hurt others through your actions, this card will show you retribution in some way – perhaps you are asked to redress past wrongs, or to deal with your remorse constructively. Perhaps your bad karma will catch up with you….

Lucius is judged several times in the books: by the society he betrayed and who throws him in prison, and by his master who takes what he has, mocks him and finally finds him expendable. Every identity he’s had both as an upstanding member of society and as a Death Eater is rendered hollow and meaningless and has been cast aside as false during those external judgments.

And so Lucius develops a third identity, one that is built on who he is, one that is free from outside labels. He learns slowly, but in the end he has his priorities and his behaviors straight, and that is to get himself and those he cares about alive through this whole mess that he’s started, to save his son. He judges himself by this behavior, and at the end of Deathly Hallows there is no more external judgment for him – his master is dead and the other wizards and witches leave him and his family alone. No one interferes.

The two runes he has on the table on his mugshot are Othala (O: Ancestral property.) “Inherited property or possessions, a house, a home. What is truly important to one and fundamental values” and Ansuz (A: Ancestral god, i.e. Odin) “A revealing message or insight, communication. Signals, inspiration, speech, true vision, power of words and naming”. They are perfect, because in order to be judged well you need to be in touch with your true will and you have to have your priorities straight.

In “Judgment” Lucius has just now begun his journey of painful learning that shows the hollowness of his assumed roles as pureblood, influential politician and Death Eater until he identifies himself appropriately as a loving father. 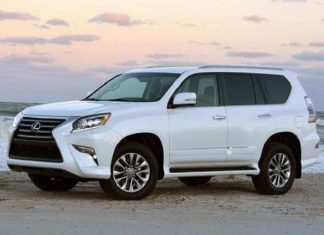